Dispatches from the front XIX - The Supply Train Arrives.

Real life seems to have gotten in the way of late, so with no gaming for a week or two and a couple of long train journeys what's a gamer to do but look for distractions too while away the hours.

Damn you google and amazon :-)

So after a quiet period on the purchasing front a glut of new toys and reading, quite a coincidence as I just finished the mule train from Baccus for the Pony Wars Project. 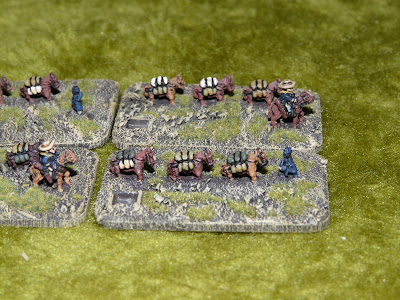 These will double up as low ammo markers for Sharp Practice, another base for the hard pressed cavalry to defend. The supply tail is getting that little bit longer 8 bases should be enough. 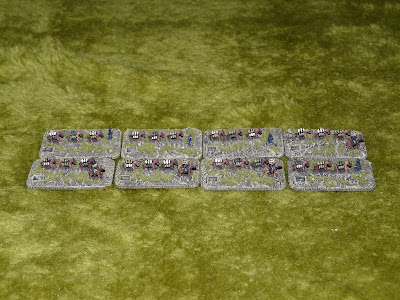 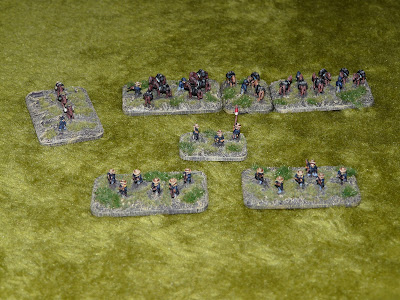 On the mule train the following items landed.

Custer's Final Campaign looks like it will be perfect to turn one off games into a full blown campaign. Whilst the title suggests it is focused on Custer and the 7th Cavalry the game is actually a two player game fighting the entire Great Sioux War Campaign, including the regiments and battalions of the three main columns including Forts and River Boats - Now there's a thought..... Anyone know who makes a 6mm Steamer?

The card bases system looks quite slick and could easily be turned to a table top encounter. 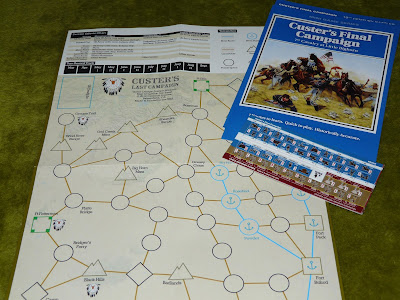 To add to that some great reading material in the shape Orders of Battle & Battles and Skirmishes of the Great Sioux Wars - Both books detail the 28 deployments, skirmishes and Battles, some great scenario ideas outside of the obvious Battle at the Little Big Horn.
The first book details all officers and killed and wounded in each engagement, whilst the second provides first hand accounts of the main engagements. 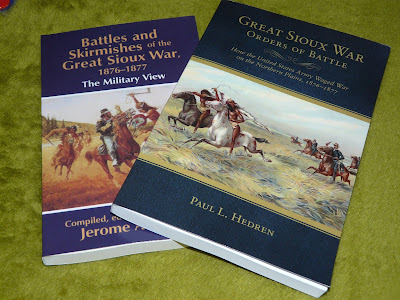 Another order from Baccus has dropped on the mat Boers masquerading as Cowboys and some of the specialists Pony Wars Packs of Indian Scouts and a characters together with a Wagon Train. 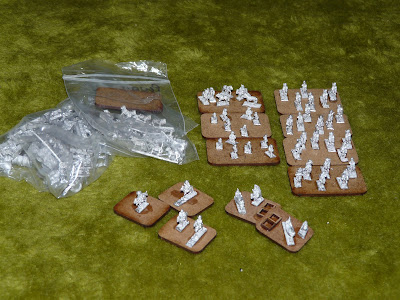 It turns out I really needed a Pony Express Rider and the The Lone Ranger. At least in 6mm they won't be to long on the paint table. 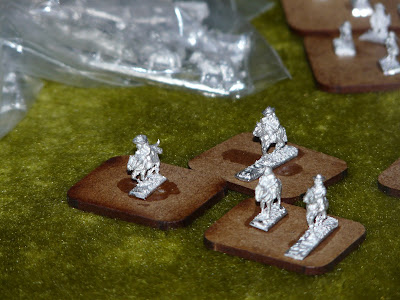 Whilst the Pony Wars rules lean towards Hollywood's view of the plains wars.

Many of the engagements and campaigns of the US were centered on destroying the villages and the Indians ability to raid and live off the land forcing them into reservations and trading posts, with that in mind I wanted to create some Indian Pony Herds to form objective markers.

Surprisingly they were really hard to come by, step forward Perfect Six Miniatures, great service ordered and delivered in less than 48 hours. These coupled with their hay stacks will be great for a refight of the Hayfield Fight. during Red Clouds War in 1867. 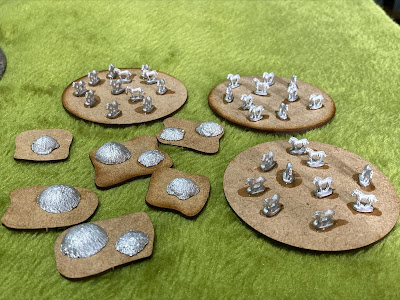 Meanwhile the 6mm theme continues I picked up Dave Brown's scenario book designed for Battel Group Panzer Grenadier, but easily converted to other games,  I have been using the Eastern Front scenario book and converting them for some of the North Korean games. The scenario's are always well thought out and well balanced. Let's see how some of these convert for future encounters in the Korean Peninsula. 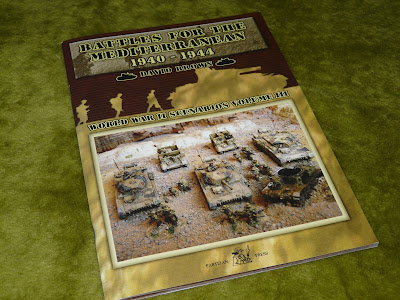 A couple of extras for the Red Phoenix Project from Leven Miniatures. The Radio Station and Airport Control Tower will be great objectives and the Ammo Dumps will be useful for rear echelons to be protected from the rampaging North Korean Armour. 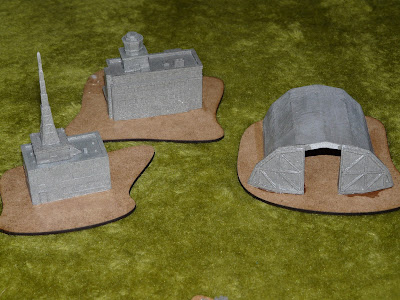 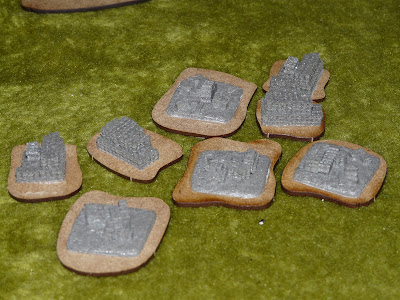 Finally a sneak peek from Crooked Dice and more 'Not' V figures... Not sure when but they will be released but they are on the purchase list..... and a move back to 28mm before my eye sight packs up painting all this small stuff. 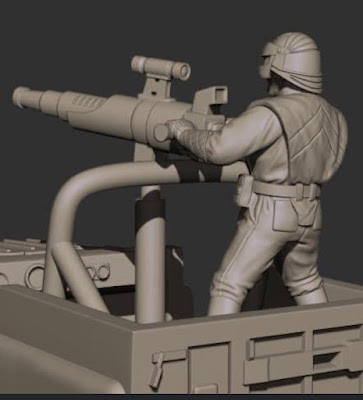 That's all folks......Now back to yet more tiny miniatures and dismounted Indians.
Posted by Stuart S at 20:55