A short respite for lunch - Now for game two.

Without the professor the assault teams had to make it to the XP, the clan's men were filling the area and if Riddick stayed to long they would be in deep trouble. 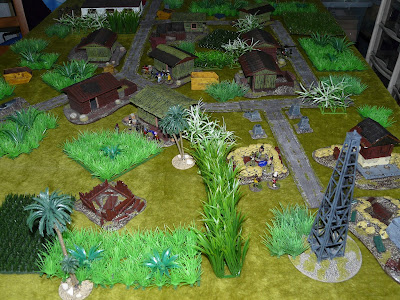 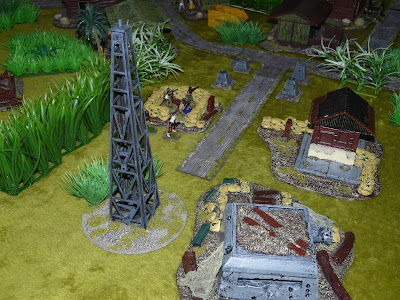 If they could reach the XP it had a powerful transmitter, enough to break through the heavy cloud cover which was blocking their local comms to the off world lander. 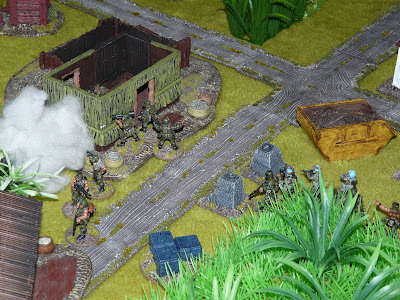 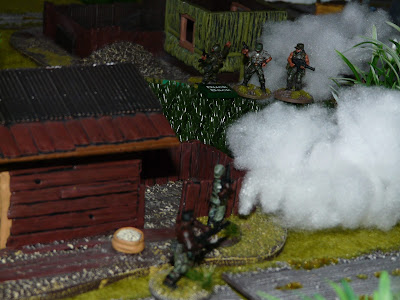 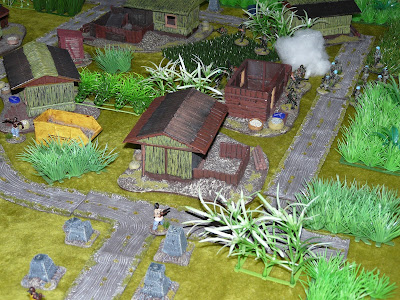 Trouble appeared in the form of an SUV, Riddick's Reapers fired off a couple of HE rounds which landed close by and they sprinted for cover. 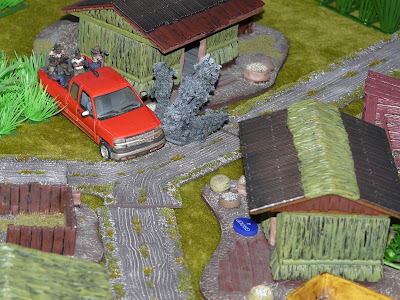 Popping yet more smoke they rushed for the gate to the comms station. 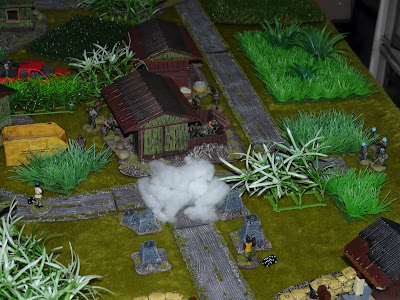 The wind picked up and as the smoke cleared more Silvaro clan members appeared blazing away at the advancing troopers. One of the Garak Security troopers to a round knocking him to the ground. 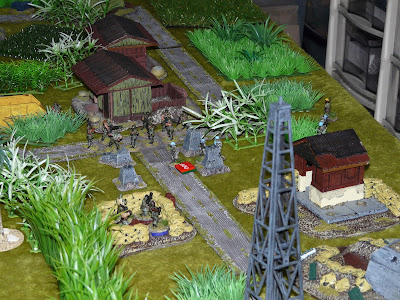 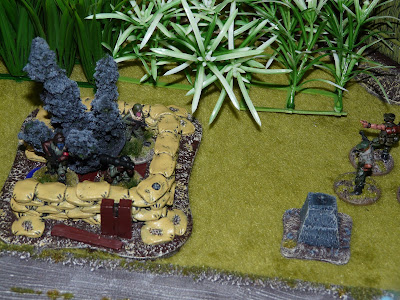 Riddick rushed forwards throwing a grenade into the emplacement as the comms team made it to the bunker to radio the orbiting transport to get them off this tropical rock. 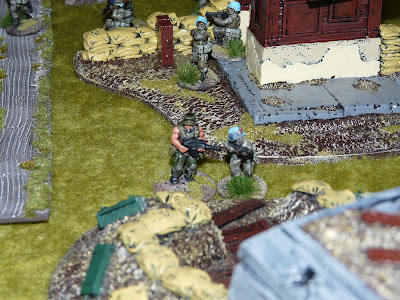 A great days gaming.
The mash up between Ambush Alley and Stargrave made for a fast paced game, the reinforcements tables needed tweaking to bring the level of troops into play more manageable.
Wounds were light in both games and the raiders were lucky to have anyone out of the fight which felt good when they were knocking down bad guys.
It had a good feel to it, with both of us looking to take more 'kills' home than the other, individually the clan members were no treat but on mass they could be a real problem.
Definitely more Ambush Alley-Stargrave mash ups to come.
Posted by Stuart S at 20:40