At the close of day one we left the fight for the town nicely poised both the Federales & the Zaptistas  forces had rushed to grab as much of the built up areas as possible. The Federales had entered the church grounds and were sheltering behind it's high walls with Zaptista's on all sides.

It was nice to turn up and be straight into the action. The Federales waited for a number of turns waiting for the cards to land in the right order and then stepped up to the wall, the turns leading up to that the Rebels had the initiative and went on to over watch, which would have stopped the Federales dead. 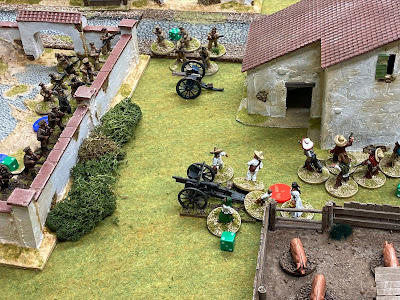 The Government troops blazed away looking to drive off the gunners and beat back the riflemen, whilst another group ran out of the compound and captured the machine gun after a bloody fight. The battle was starting to turn. 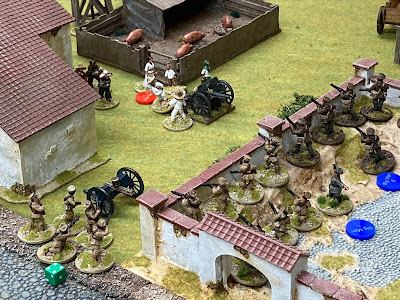 With the centre falling back the Zaptista's pushed down the right had side. The police unit in the compound could do little to stop this as to come outside was sure to result in a bloody firefight where they were now numbered 2:1. 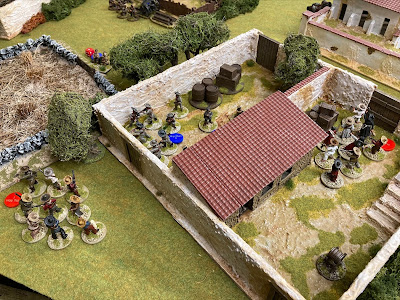 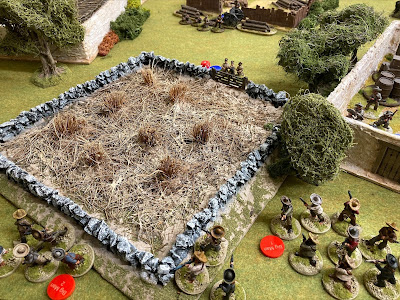 In the centre the Zaptista's prepared their assault on the church having reinforced the attack by falling back from the left flank. 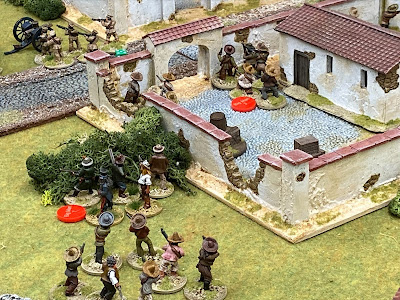 They had to hurry as the Federales pushing up the left hand side with a number of infantry squads. 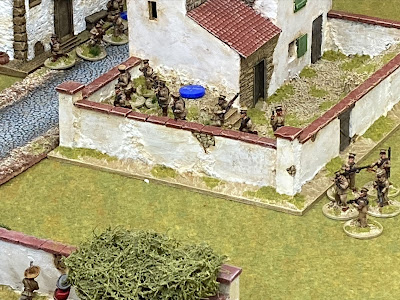 The attackers drove off the government troops who had over run the machine gun and drove the Infantry back into the church grounds but caught in the open they took heavy casualties and were forced back. 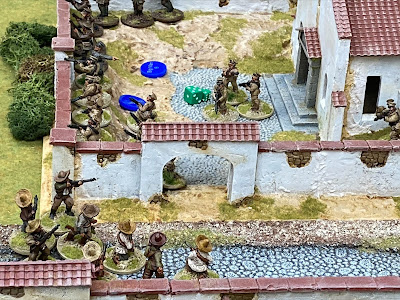 The rebels morale faltered, whilst they were pushing on the one flank, the Church was firmly under government control and the loss of the heavy weapons made victory difficult.

A great game and nice to get all of the toys on the table. Mud & Blood was showing it's age a little when compared to some of the refined mechanisms in Sharp Practice 2 and Infamy Infamy. We might give this another run out using Sharp Practice and some modifications.

It's certainly given us a taste for the bigger games.