How about that for influence.

A mere month since I started a small project to recreate Excalibur for Songs of Blades and Heroes than the director John Boorman is knighted for services for film.

Thanks to everyone who helped me track down the Mordred and Morgana castings. Buried deep in the Minifigs catalogue it was almost a quest in itself. They are however lovely castings and have captured the movie brilliantly. 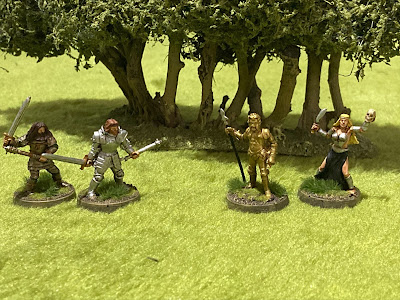 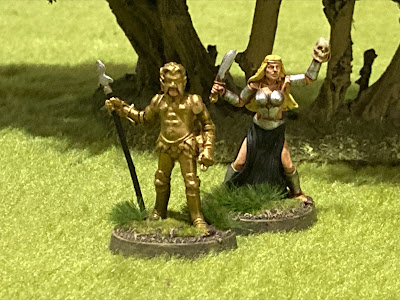 Mordred with spear in hand and Morgana ready to cast her evil spells. 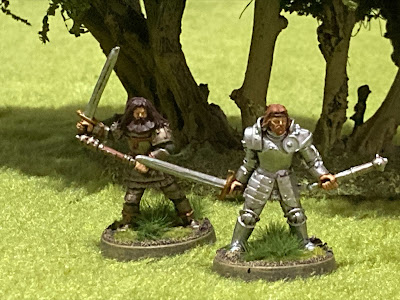 Good King Arthur and his trusty Champion Lancelot back from self imposed exile. 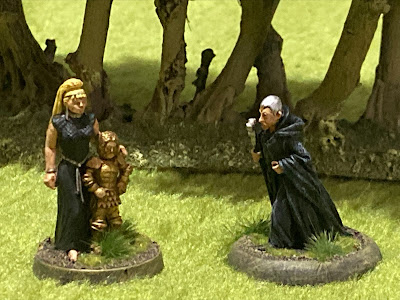 Morgana and the child Mordred - Merlin's see's the future. 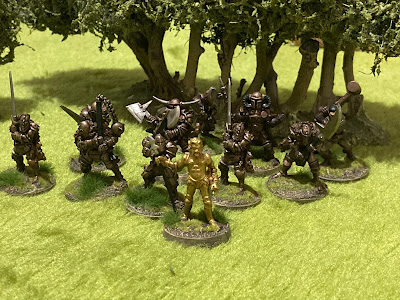 Mordred masses his forces looking to over throw King Arthur. 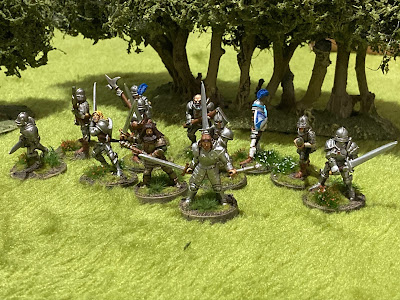 The Knights of the Round Table stand firm against the forces of darkness. 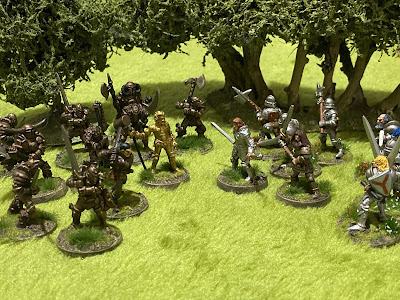 The scene is set for the final battle at Camlann, will Mordred win and seize Excalibur and the Crown.
Looking forward to getting these on the table for some quick evening games and a quest or two.
Posted by Stuart S at 08:41