The first game of the year - The Hunt for Morgana

Nice to start to get back into the swing of things.... and an attempt to play with all the freshly painted toys more quickly. First up an outing for Song of Arthur and Merlin from the Ganesha Games stable, the perfect rule set for a quick evening game.

The Arthur and Merlin rules are a great set covering the classic Arthurian folklore through to the Celtic/Welsh King and that of Romano-British, so plenty to choose from.

I picked the High Medieval setting for this outing and following the Excalibur movie timeline with which portrays Morgana as King Arthur's half sister and Mordred Arthur's illegitimate son...

On with the game. 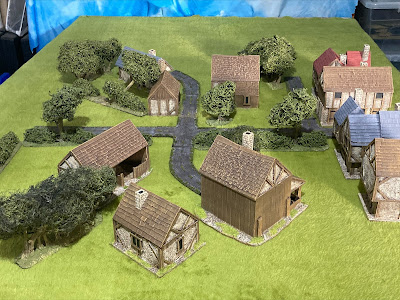 Morgana slipped out of Camelot taking a young Mordred with her, Arthur set out with several of his knights to bring her back. Morgana reached the village of Galeford closely following by Arthur she was looking to hide in the village hoping to wait out until her own knights arrive at the village. 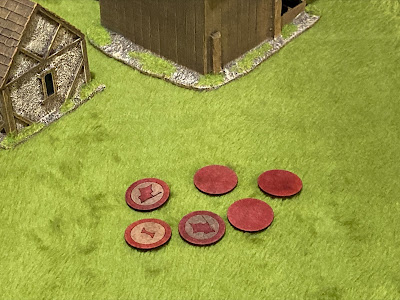 To make things interesting I hid 6 tokens within the central buildings, Morgana was marked on one counter so neither of us knew where she is hiding. 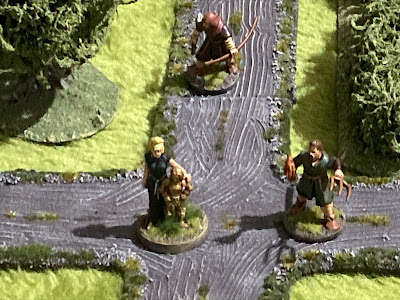 Morgana was able to beguile a number of villagers to hopefully hold off Arthur and his knights whilst her own Knights appeared to whisk her away. She was not able to activate until found by either side. 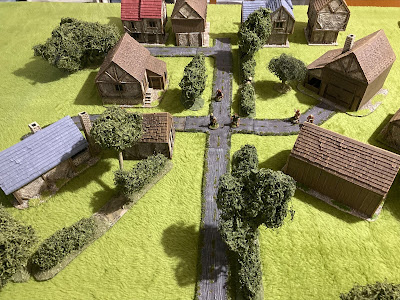 The points per side were even by Morgana was a Q2+ Legendary Wizard and at 260 points 8 times the host of a lowly Knight. 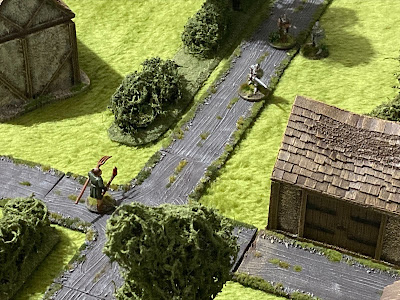 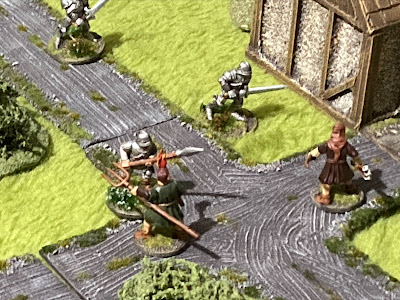 The knights advanced to the cross roads clattering into the village strong men. One of the intriguing part of the rules is the Chivalry rule, which rewards good acts, such as not striking a fallen enemy, but loses chivalry points for acts like ambushing there opponent. On when Knights achieved a set number of points could they take part in a quest and in our games then would be given a name and greater character skills. 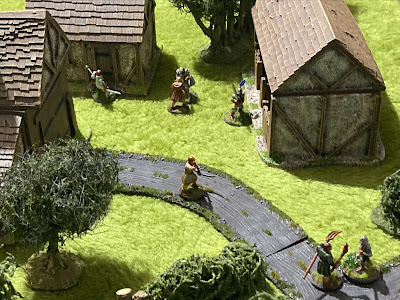 It turns out Arthurs knights are really good at seek and Morgana was rubbish at hiding, found in the first building in a filthy stable of all places. 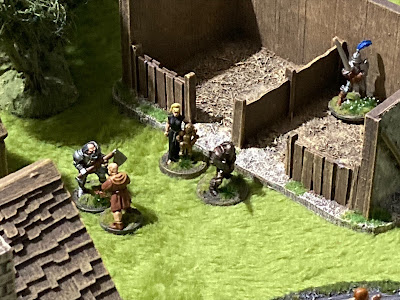 Overcoming the shame of it hiding in a stable, she was able to slip out of the grip of the advancing knight and was now protected by an evil warrior, whilst another of Arthur's knights was engaged by a local villager. 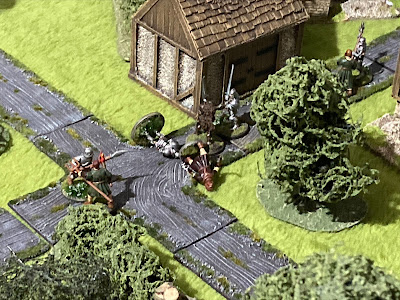 In the centre of the table, the villages were defeated, an evil knight encountered Sir Galahad, the only named Knight in Arthurs ranks who bettered his counterpart striking him dead. +1 Chivalry Point. 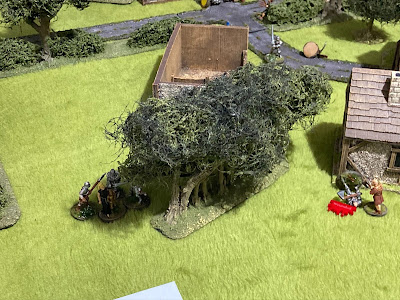 Morgana and Mordred ran for the outskirts of the village but was surrounded by Knights, despite one of her villagers taking down one of Arthur's men she was unable to escape.
A great first game, Arthur gained a Chivalry point, so to did Sir Galahad. However one of his knights could not help himself and struck a fallen opponent losing a point.
Could he be turned to the darkness?
More games to follow......
Posted by Stuart S at 20:55