Welcome the boys in blue - US Infantry for the Great Sioux War.

After a slight detour with the Excalibur project, back to the last of the US forces for the Great Sioux War and reinforcements in the shape of 3 companies of US Infantry with additional big men. 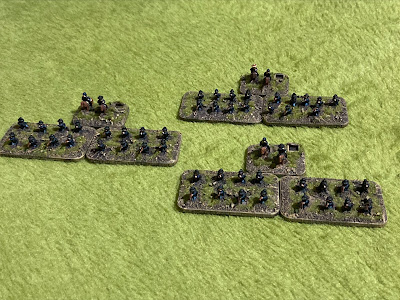 Given the scale and my they do seem very small again having just completed the last of the 28mm, I opted for black hats to separate the Infantry from the canvas of the dismounted cavalry. Based in groups of 8 they should be an interesting proposition for the Indians. 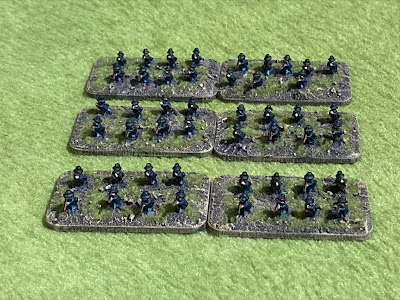 My eyesight is definitely declining, having based these and sculpted the bases it was only then that I spotted one of the privates was facing the wrong way..... Perhaps he is covering the rear or needs to concentrate when loading.... :-) 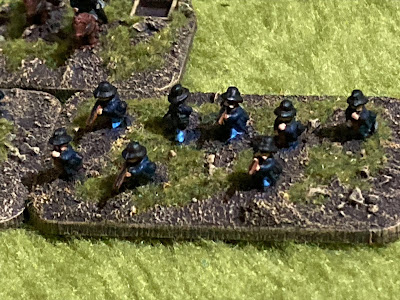 5 new Big men should give me plenty more command options, these were from the Baccus ACW range. 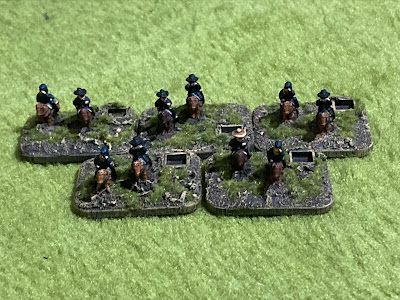 If the Infantry are not enough perhaps the Lone Ranger and Tonto can help, a key addition to the Pony Wars Rules but could be a fun option for the Sharp Practice games. 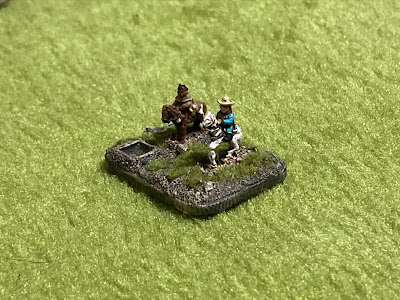 Maybe a rule tweak to turn back the Sioux? - "Kemosabe I am not sure you have enough bullets in those silver pistols"... 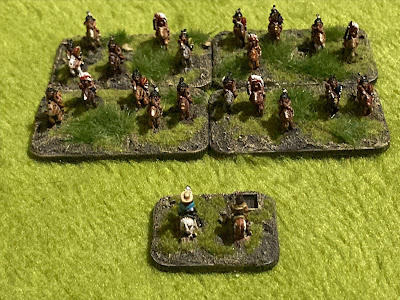