Blood on the Plains #2 - Supply Run

An evening encounter and another run through of the Plains Wars adaption for Sharp Practice and a chance to get some of the new toys on the table. 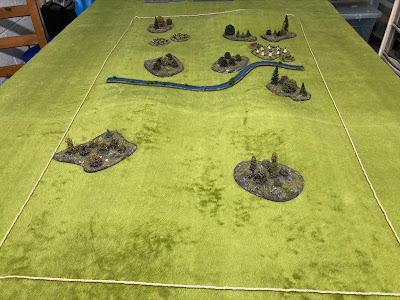 A detachment of Cavalry with a wagon mounted Infantry company have been tasked with escorting a wagon of supplies, reaching the ford at the creek an Indian village was spotted blocking the passage of the column. 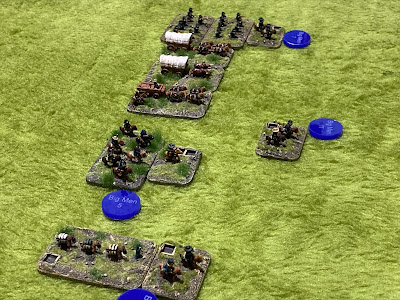 The Indian's could be anywhere on the table so the army and their crow scouts would need to be cautious. They had the fire power but the Cheyanne and Sioux were swift. 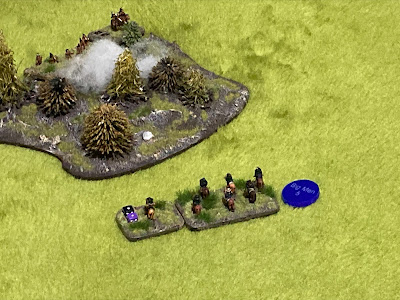 The Crow scouts spotted a group of Sioux who fired from the tree line and scuttled back through the stand of trees. 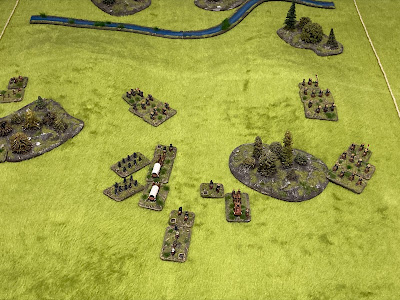 The cavalry sections swept the wooded areas and rises looking to spot any of the hostiles. The wagon train pressed. 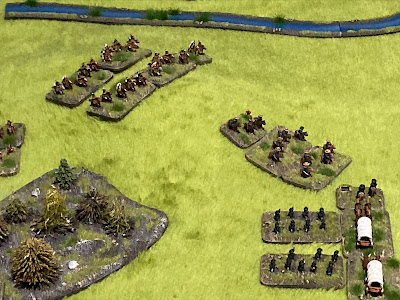 Cresting the largest hill the cavalry spotted a hidden warband who with a war whoop who rushed towards the cavalry who headed back to the safety of the column. 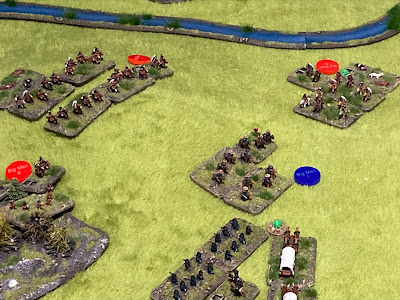 At the base of the valley a further group of horsemen broke cover from behind a stand of trees and headed for the cavalry troop. 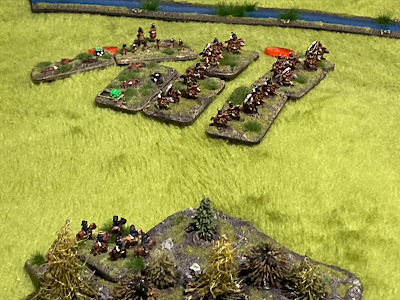 The Crow could only stand and watch as the Sioux poured down the hillside. 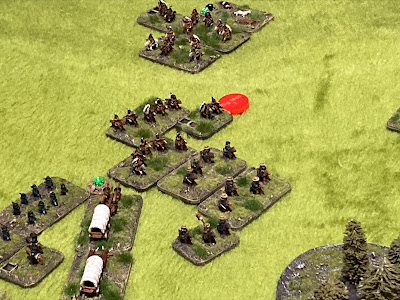 The hostiles caught the retreating cavalry, they broke and ran. 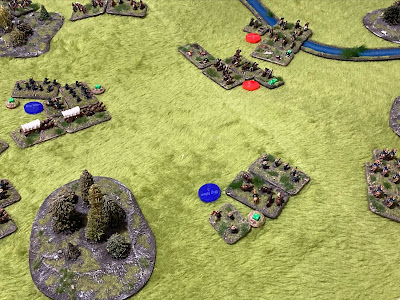 As with many an encounter with the Sioux they held the advantage but instead of closing on the column and the wagon they turned and headed across the creek taking their dead and wounded with them.
A good encounter ironing out a couple of kinks in the rules around low ammunition and evade rules.
A few more pieces to get off the paint table before a formal roll out at Hammerhead in March.
Posted by Stuart S at 07:54