Dispatches from the front XXI - The Butterfly Awakes.

A few weeks since the end of the holiday period and a couple 'additional' purchases that did not appear from the Christmas wish list.

I am not sure if it's the time of year or the fact that I am coming to the end of the Pony Wars Project with all the metal based and undercoated if I get them complete and the buildings by April I will have completed the entire project in 12 months now that is a record for me.

I have been distracted by thoughts of several fresh projects...... Idle hands and a Paypal War chest? ;-)

It started with the unboxing and a couple of games Undaunted: North Africa a cracking game and really well balanced, you need to apply the specialists in the right roles to ensure proper tactics pay off. Unlike the Normandy version this one is based on single figures and of course it led to the inevitable conversation about converting it to miniatures, after all I was looking for an opportunity to use my desert terrain a little more and Perry Miniatures have some lovely castings. 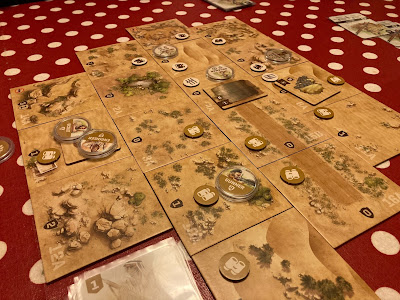 Game 1 - The scout was quick to clear the tiles ahead opening up the board for the demolition expert to destroy the plane and lorry before the Italians could stop them although there were some hairy moments when he was pinned on the open runway trying to plant the explosives. 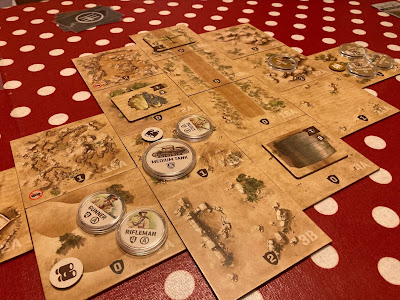 Game 2 - The LRDG faced the might of the Italian Armour and the Boyes Rifle simply did not have the punch to kill the damn thing. The fascists were soon stripped of their supporting Infantry but the Allies had a risky time trying to dodge the mobile pill box as they attempted to destroy the fuel dump.
I could seriously be tempted in some figures for this especially as the figure count is rather low.
I picked up a copy of Silver Bayonet designed for Napoleonic monster hunting convincing myself that I would not any further figures (who am I trying to kid) as I have French for both Haiti and Egypt both regions lend themselves to monster folk lore. Could Claude Canard make a come back? 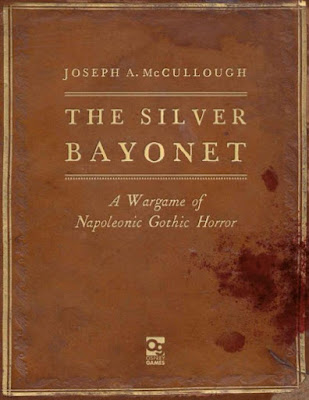 The rules are well produced and well polished in a format similar in style to Frost/Star Grave.
Next thing you know I am thinking about Russians and pinching some of the elements of the faction for the Russo Japanese War, which allow me to utilise some of my Water Margin collection besides who doesn't everyone need a hopping Vampire? 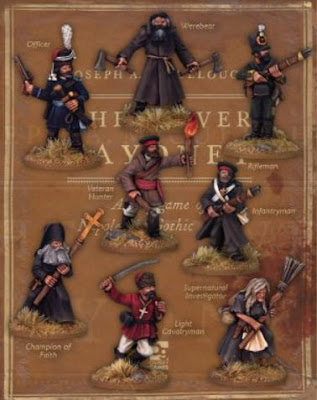 A restock from Foundry they were advertising a range of discounts on orders over £50 unfortunately paints were excluded which was a shame as I would have topped up the order to bring up to the first threshold so for once held back on knee jerk purchases :-) 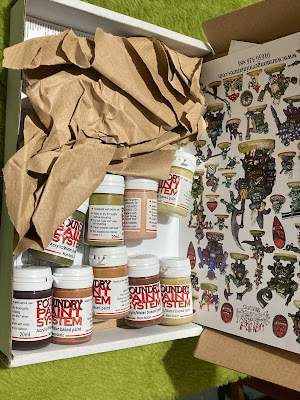 Expensive postage and duty aside, I picked up an excellent Brain Bug for Starship Troopers. The Mongoose original has being going for in excess of £75.00 so this variant on Etsy was a great proxy.
Good communication from AlieCatCraftsnStuff who scaled it down to 25mm scale. 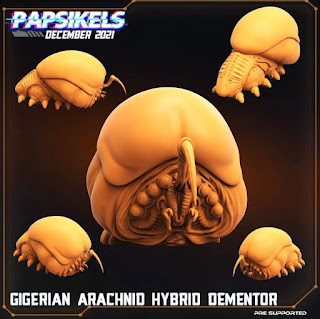 Meanwhile as Covid starts to retreat again, it was nice to get some club time in.
I had an outing over to the Wyre Forest Club and had an excellent game of  Blucher, thanks to Neil for putting the game on and and Daniel my French opponent. A close run thing down to the very last turn. 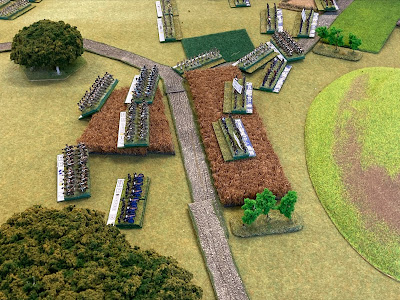 On the right flank my Austrian Cavalry Corp ran into French Infantry which were surprisingly tough to drive from their defensive positions. 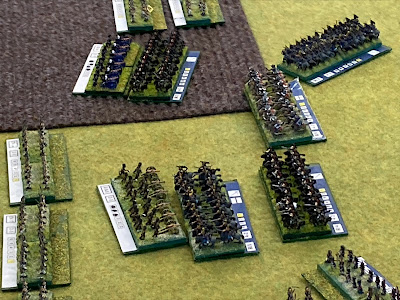 Meanwhile the French cavalry rode down the Austrian guns before exhausting themselves on the massed ranks of Austrian Line.
A great game mechanism and allows for some great master strokes across the table.
Over at the Wyverns another Arthurian outing using Song of Blades and Heroes this time Romano Britain's looking to turn back the Saxon raiders. 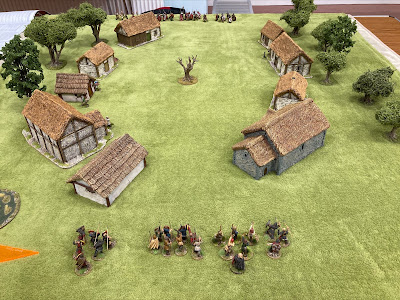 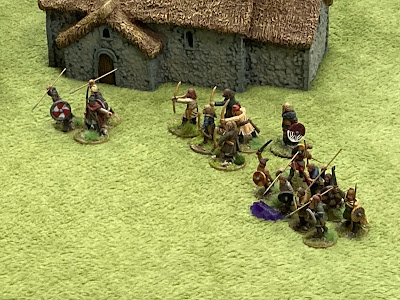 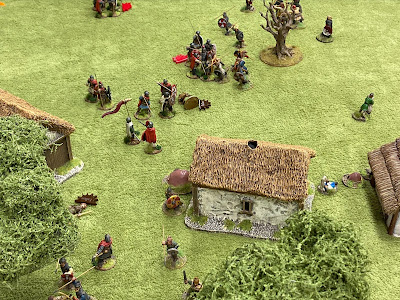 Quite the battle with a number of gory deaths messing up both sides formations and massed archery felling several of the armoured Britain's.
Until next time....
Posted by Stuart S at 13:37