Somewhat later than planned a brief summary of the Cotswold outing of Kadesh (lite) and the 1274BC clash between the New Kingdom of Egypt under Ramessess II and the Hittite Empire under Muwatalli II and one of the earliest recorded pitched battles.

First the map of the real events... 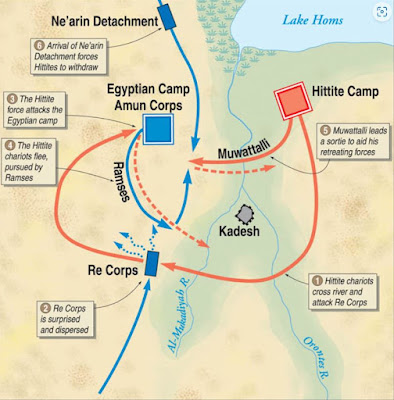 We were using Too Fat Lardies Infamy Infamy rules with a couple of tweaks to represent the various elements of the battle.
A birds eye view of the table with Ramesses II to the left and the Kadesh on the hill. The Re Corps can be seen entering the table on the right. 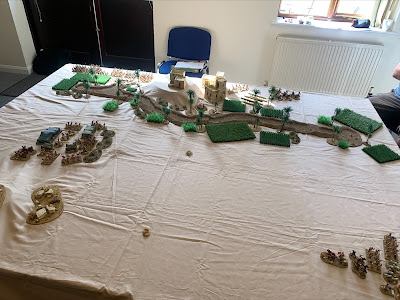 The Re Corp enter the table made up on a light chariot, Nubians and a couple of shield and archer units accompanied by camels and livestock, The Corp were hindered by a number of poor-quality leaders. 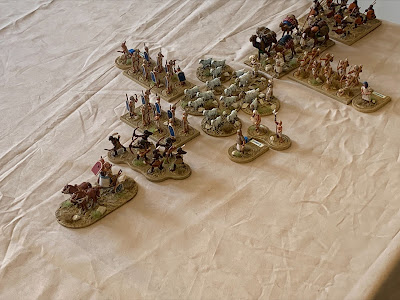 The Hittite chariot force had up to 1D6 turns to cross the river (Wadi) and advance on the RE Corp before the Egyptians were able to react. 4 Heavy Chariots and Big Men rumble on to the table. 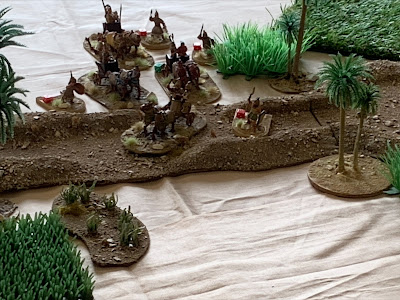 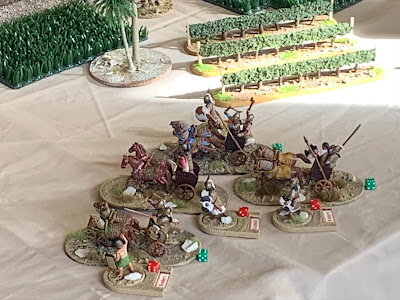 The Hittites bear down on the Re Corp who head just enough time to turn to face the chariots. The Hittites loaded up with fervour raced towards their foe. 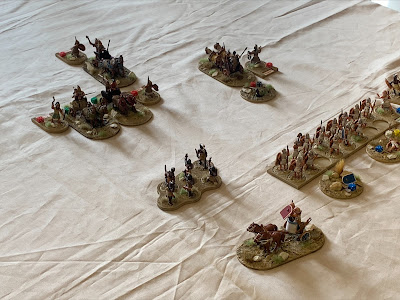 As the battle began. At the far end of the table. The Royal camp could do nothing to influence or react to the forthcoming encounter. Neither Egyptian or Hittite were aware of when Ramesses would react. There were two small markers on the table, the Egyptian King would only spring into action when friend or foe crossed the line. 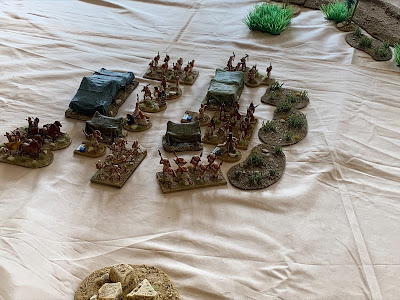 The Hittite chariots smashed into the Re Corp, the battle swirls and despite damaging a number of the chariots the Egyptians are broken and shattered. So far history was being followed. 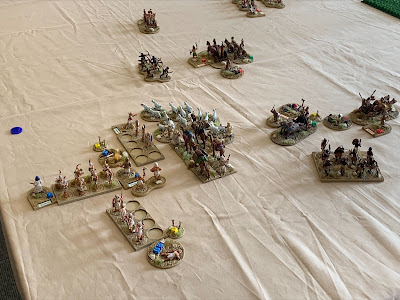 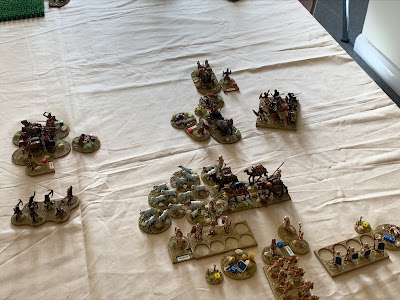 The Hittite chariots were having such a good time, running down the scattered units, remnants of the New Kingdom Egyptian Corp fled towards the Royal camp, which allowed Ramesses II to organise his defence. By the time the Hittite attack force had reorganised and dropped off their chariot runners the Royal camp was alert to the threat. 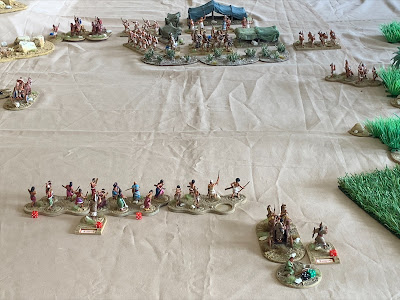 The Hittie force closed on the royal camp, who had now been bolstered by the Ne'arin Detachment who had arrived on the table, it was 2.00pm and the clock was winding down. 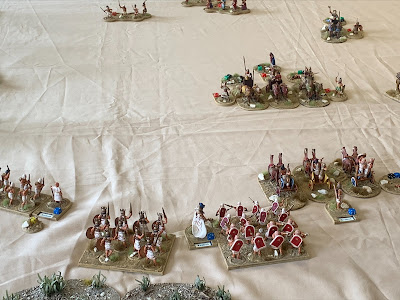 Battle is joined between the two chariot forces, the Egyptian medium chariots were out classed, but the Hittite's had a mounting level of casualties from their earlier clash. 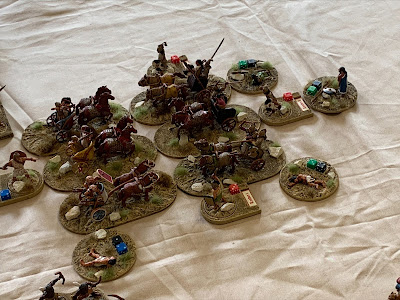 The Egyptian chariot force was broken but every Hittite chariot was now below half strength. 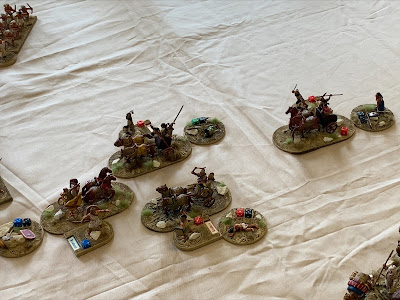 The battered Hittite force was no match for the elite defenders, they bounced off and were forced backwards while others were destroyed where they stood. 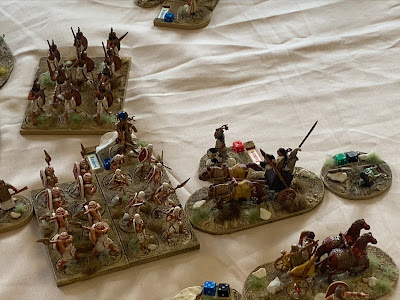 The Ptah Division enter the table to support the Ramesses II at the rear of the Hittite attack force, it was 3.00pm. 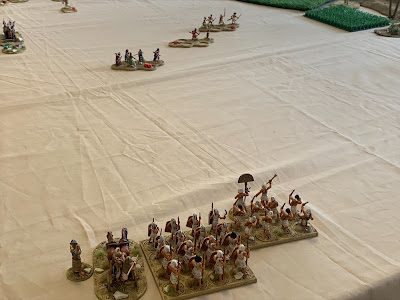 Muwatalli II seeing his chariot force had finally seen their morale drop to 5 (which was the trigger to bring on this infantry) urged his troops forwards, but it was late in the day and the bulk of the Egyptian forces were rapidly deploying to face off against the Infantry who struggling to cross the wadi. 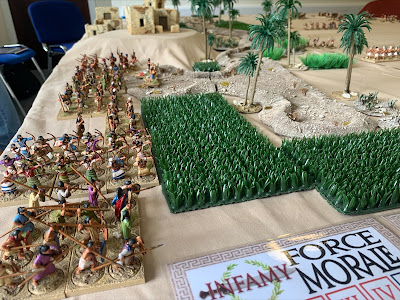 A great day's gaming.... and elements very close to history.
Highs and lows for both sides, the Hittites were distracted sweeping up the Re Corp, they were almost too successful because their morale held up which stopped Muwatalli II from committing his infantry.
The Egyptian's Re Corp fought valiantly when perhaps they should have turned and ran which would have brought Ramesses and the Amum Division defending the camp into battle sooner.
The Infamy rules held up really well and whilst we were lite on chariots compared to our near neighbours it had a great feel to the battle.
and one of the earliest recorded pitched battles. successful it allowed the
Posted by Stuart S at 23:12

Email ThisBlogThis!Share to TwitterShare to FacebookShare to Pinterest
Labels: AAR's, Ancients, Hittite, Infamy Infamy, New Kingdom Egyptian, The Men Who Would be Kings, Too Fat Lardies